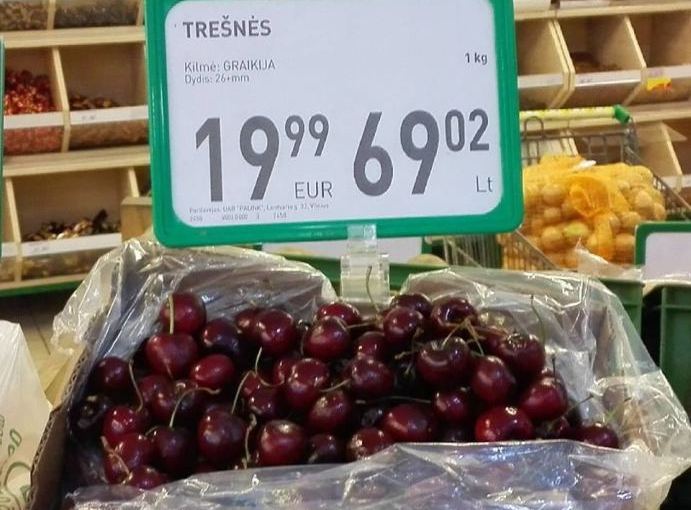 Do you still remember the “Teuro” (a pun from the German word for expensive, teuer, and euro)? Well, my family sure does. In the beginning of the 2000s there was a little restaurant we loved to go occasionally. But then the conversion from German mark to euro came in 2002. The exchange rate was 1.98 to 1. But the restaurant operators preferred to ignore these technicalities and rather changed prices 1 to 1, making our family dinners twice more expensive. Needless to say that this strategy wasn’t too successful. We stopped going there and they closed soon after.

That’s at least how the anecdote is told until this date. I was 14 years and didn’t care too much about the family budget back then. But if you look at the official numbers you will see that Germany in 2002 experienced quite modest inflation rates of 1.4%, far below the ECB target of 2%. To be fair, monthly inflation rates immediately around the conversion in January 2002 were slightly higher but not dramatically (2%). Still, the Teuro got so much media attention in Germany, you can even find an extensive Wikipedia article on the topic (there is a Japanese version as well, weird). Interestingly, if you search for “perceived inflation” in the English Wikipedia you won’t find anything.

It seems like something very similar is happening at the moment in Lithuania, the latest member of the Eurozone. Social media is full of angry posts about price hikes. It’s very popular to compare Lithuanian prices with those in Poland where they still pay with złoty. Of course, everything is twice or three times as expensive since last year. In contrast to this perception, consumer prices are actually increasing by only 0.8% (see chart below). This exceptionally low rate is mostly driven by low prices for oil and fuel. Prices for food and services are increasing at a more rapid pace, but still below 2%. 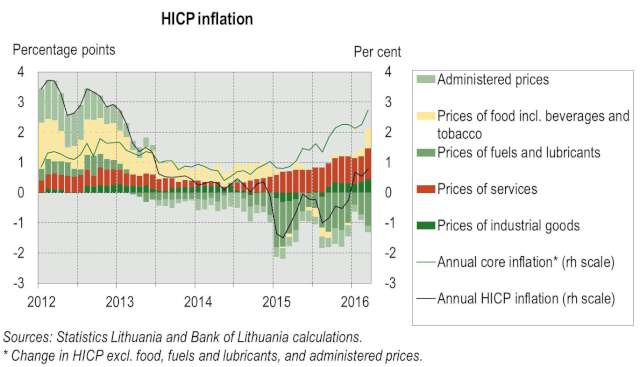 The Teuro story doesn’t make much sense anyways. If companies were able to collectively double prices over night, why didn’t they do so already much earlier and waited instead until the euro was introduced? Did they count on people not noticing their little conversion trick? That didn’t work too well as the public outcry shows. Germans back in 2002 were surely able to multiply prices by two. And Lithuanians these days have their smartphones to multiply by 3.486.

I don’t want to roll out the old argument that money is neutral in the long-run. I acknowledge that there might be isolated situations when firms exploit the currency change in order to increase prices. Especially when competition is weak in a sector like the Lithuanian food retail industry. Then, a new currency might provide the opportunity to establish new reference prices in a tacit collusion between dominant players. It’s nevertheless an exciting phenomenon that public sentiment and official accounts contrast so starkly in this matter.

Nobody is complaining about lower fuel prices but when it simultaneously comes to more expensive food there is no stopping. Probably the reason for a biased perception is that oil prices are determined on the world market, driven by effects detached from the local economy. Likewise, however, 2% inflation in food and beverages should be no drama. Particularly, because GDP and wages are rising at the same time in Lithuania (pensions are another story though). Twenty euros for a  kilo of cherries (see picture above) is outrageous, no doubt. But that’s not what’s happening in the whole economy. Shops are still constrained in their price setting behavior by competition and consumer demand. If they take it too far they will soon be driven out of business and a competitor will pick up the slack. At least we found another restaurant with more reasonable prices for our family dinners.